Richard Thompson, choir member, is featured as part of a series on choir member profiles.

The rural surroundings of Corris, at the foothills of Cader Idris, is where Richard Thompson grew up. It was a close-knit community. 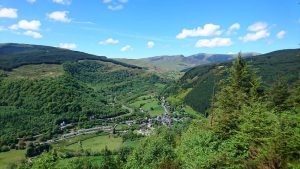 Corris – Lower to be Precise

Life centred around the school, church and chapel. Village activities were also prominent such as the Urdd (League of Youth) and ‘The Band of Hope.’ 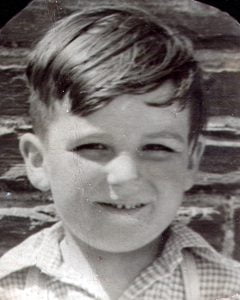 ‘At the age of five I heard that I was to sing ‘Gwahoddiad.’ On my own.

Standing in front of the pulpit. Legs trembling. With a tremulous voice I got through the first verse.

Then I glanced up towards the big clock in the centre of the Gallery.

I could see my Taid (Grandfather). Copious tears glistening down his rosy, weather-beaten cheeks.

He also gave me a reassuring smile. It told me that I was doing just fine. It’s a lifetime image that I will never forget.’

Then Elvis Presley came along. Followed by ‘The Beatles’ and the swinging sixties. Popular music changed for ever.

Richard is fond of close harmony groups such as The Eagles, Supertramp, and Pink Floyd.

He also likes the story-telling songs of performers like Ralph McTell and James Taylor. 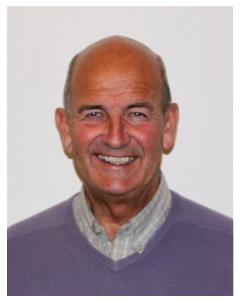 Above all, very favourable acoustics. The cosmopolitan audiences are also always appreciative.

Also, the ‘backstage’ facilities are comfortable. Always a refreshing cup of tea and biscuits at the interval.

Additionally, Richard has no hesitation in naming two stand out memorable experiences.

The first was a four day trip to Biebertal, Germany  in 2013. 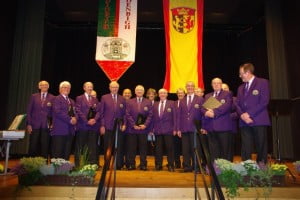 The choir took part in the 25 year celebrations of the twinning association with Denbigh. 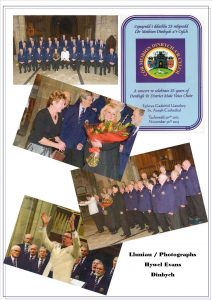 A celebration of the 25th Anniversary of the Choir.

In fact, guest artistes Rhys Meirion and Annette Bryn Parri, made it a night to remember.

Moreover, the standing ovation from a packed cathedral at St Asaph was something to savour and treasure.

We’ve made it really easy for you to buy our music online. Choose from a real CD, or MP3 downloads. END_OF_DOCUMENT_TOKEN_TO_BE_REPLACED

You were all fantastic! Goosebumps abound. We can’t describe the impact you had on our day.
Donna
What a lovely blog – what can I say – words cannot describe the beautiful singing and the atmosphere of a little church in the Welsh hills – it was magic.
Elizabeth
Ourselves and our guests thought you were fantastic and reduced many to tears. The singing was so overwhelming. The feedback we received from our guests was very positive. You bring so much joy and pleasure to people's experiences.
Sara and Owain
We would like to thank you all for making Keeley and Huw's wedding so special, everybody commented on your outstanding performance.
Keeley
A fantastic day and a huge surprise. Thanks again for the incredible renditions. The Rose has since become a new favourite. Currently reminiscing as we move from London to Bath for the next stage of our lives.
Florence and Matt
Thank you so much for performing at our wedding! It was so lovely to hear the choir, everyone really enjoyed them and we got so many lovely comments afterwards!
Laura and Jonathan
Just wanted to say a HUGE thank you for your incredible performance at our wedding on November 5th, and we've had so many comments on how emotive and special the choir was, and I couldn't agree more. Thank you so much, Diolch yn fawr iawn. Emma Lewis-Kalubowila
Sam and Emma
Thank you very much for performing in our wedding ceremony in July. You were fantastic and everyone thoroughly enjoyed it.
Jorge and Lowri
We never imagined how overwhelming we would feel hearing the choir sing at our wedding and in such a beautiful church too. It truly was a very special and very memorable day thanks to the choir!
Samantha
Thank you so much for being part of our special day you were all amazing and we couldn’t have asked for anything more.
Rebecca and David
Thank you so much for singing at our wedding, you were all amazing. Whenever anyone has spoken about our special day they mention the choir and how great you all were. Your performance really set the tone to an amazing day
Leanne
AMAZING!!! Thank you for a spectacular performance. I couldn’t have wished for a better entrance from yourselves, you truly made it special.
Jess
Please say a big thank you to all members of the choir for making a great day even better. Best wishes Colin and Libby Thackray
Kate and Alex
It’s our pleasure to thank you and the choir for making our day complete. So many of our guests commented that your performance was one of the highlights of the day. Many had never heard a Welsh male voice choir and were amazed.
Sheelagh
Thank you to all for singing so beautifully at my Daughter Claire’s wedding to the Lovely John ! As I walked into the church I was filled with such emotion it was stunning !
Claire's Mum
We had the privilege of being invited to Dan and Lisa’s wedding. The presence of the choir was a pure joy to experience. Music, song and laughter .. Hiraeth ! The rendition of “Myfanwy” was very poignant to us as a family as you identified.. and was much appreciated. Diolch yn fawr iawn . ..Personally Sospan Fach was the song for me!! Ann Williams
Daniel and Lisa
The singing was really beautiful and very much appreciated by all of the guests young and old. Thank you very much, you made our special day even more special.
Rhian
Ally and I would like to say a huge thank you to the choir for singing at our wedding on Saturday. I think almost everybody had commented on how great the choir were, even the English contingent! Ally and I were really pleased and we think you gave a great touch to what could have been a long church service!
Michael and Alyson