During choir practice,  you can hear uncontrolled laughter in the tenor section. You could safely bet that choir member Ray Jones is the guilty one. His comical turn of phrase and wicked sense of humour always present. 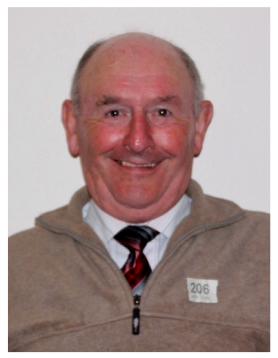 An indispensable purveyor of laughter. A constant, cheeky, wide smile on his face.

He moved away from his birthplace for family and occupational reasons.  He has never forgotten his roots. His home is still called ‘Carrog.’

He is an outdoor man. Always at one with nature. His main interests are fishing, shooting, beating with working dogs and crown green bowling.

During the fishing season he spends most of his time on the Brenig reservoir.  The beauty and tranquillity of the area allowing Ray to reflect on so many of his interests. 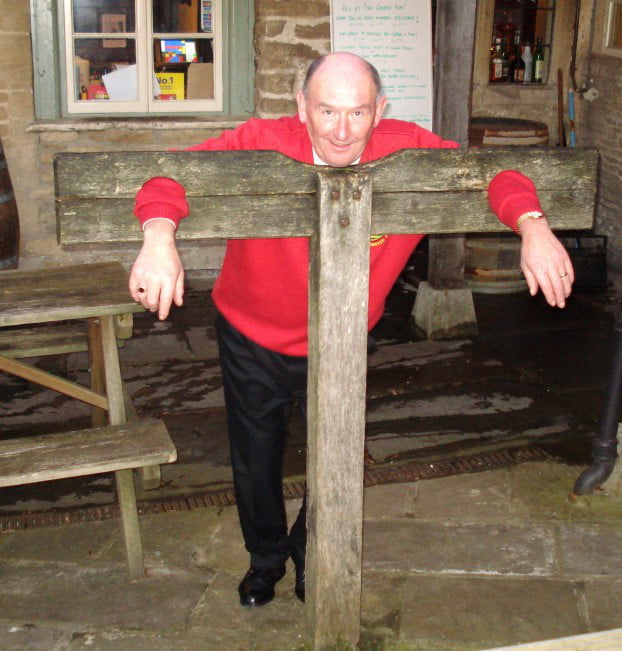 Choir Member Ray Jones in a bit of trouble

Ray Jones and his Nickname

Ray, known with affection, as ‘Tatws’ (potatoes). However, how he acquired the nickname is not well-known.

In his younger days he was a keen darts player, playing often in the local Denbigh league. With a good checkout finish Ray would respond with a resounding, celebratory ‘tatws.’

The name has stuck with him ever since.

Of course, one of his main indoor interests is singing.  Choir member Ray has lined up with the first tenors of Denbigh Male Voice Choir for twenty years. He regards crooner [easyazon_link asin=”B000006X52″ locale=”UK” new_window=”default” nofollow=”default” tag=”denanddismalv-21″ add_to_cart=”default” cloaking=”default” localization=”default” popups=”default”]Matt Monro[/easyazon_link], ‘the singing bus driver,’ as one of his all-time favourites.

Ray’s main musical interest is choral singing. Especially male voice choirs. He describes the collective sound as ‘out of this world.’

Ray lives only a short distance from St Asaph Cathedral, which is his favourite venue. The Choir’s 25th Anniversary Gala Concert was there in November 2013.

It was a night to remember and Ray recalls:

“Most of all, I like to see people enjoying themselves when they listen to our choir. You couldn’t get any better than that.”

Ray also likes singing at small chapel venues. The welcome and the response is always warm and congenial. 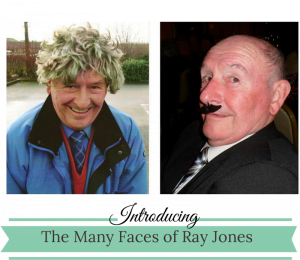 On that occasion Ray caused mayhem and merriment in equal measures.  Disguised as a ‘cleaner’ in a curly wig and cleaning utensils. Ray knocked and entered a fellow choristers bedroom.

Ray pulled off the illusion with style and considerable humour.

Humour is important in Ray’s life – “I enjoy seeing and hearing people laugh.”

While Ray is around, one is certain that laughter is never far away.

We’ve made it really easy for you to buy our music online. Choose from a real CD, or MP3 downloads. END_OF_DOCUMENT_TOKEN_TO_BE_REPLACED

Thank you so much for being part of our special day you were all amazing and we couldn’t have asked for anything more.
Rebecca and David
We would like to thank you all for making Keeley and Huw's wedding so special, everybody commented on your outstanding performance.
Keeley
Thank you to all for singing so beautifully at my Daughter Claire’s wedding to the Lovely John ! As I walked into the church I was filled with such emotion it was stunning !
Claire's Mum
The singing was really beautiful and very much appreciated by all of the guests young and old. Thank you very much, you made our special day even more special.
Rhian
You were all fantastic! Goosebumps abound. We can’t describe the impact you had on our day.
Donna
AMAZING!!! Thank you for a spectacular performance. I couldn’t have wished for a better entrance from yourselves, you truly made it special.
Jess
Ourselves and our guests thought you were fantastic and reduced many to tears. The singing was so overwhelming. The feedback we received from our guests was very positive. You bring so much joy and pleasure to people's experiences.
Sara and Owain
We never imagined how overwhelming we would feel hearing the choir sing at our wedding and in such a beautiful church too. It truly was a very special and very memorable day thanks to the choir!
Samantha
Thank you very much for performing in our wedding ceremony in July. You were fantastic and everyone thoroughly enjoyed it.
Jorge and Lowri
Please say a big thank you to all members of the choir for making a great day even better. Best wishes Colin and Libby Thackray
Kate and Alex
Thank you so much for performing at our wedding! It was so lovely to hear the choir, everyone really enjoyed them and we got so many lovely comments afterwards!
Laura and Jonathan
We had the privilege of being invited to Dan and Lisa’s wedding. The presence of the choir was a pure joy to experience. Music, song and laughter .. Hiraeth ! The rendition of “Myfanwy” was very poignant to us as a family as you identified.. and was much appreciated. Diolch yn fawr iawn . ..Personally Sospan Fach was the song for me!! Ann Williams
Daniel and Lisa
It’s our pleasure to thank you and the choir for making our day complete. So many of our guests commented that your performance was one of the highlights of the day. Many had never heard a Welsh male voice choir and were amazed.
Sheelagh
Thank you so much for singing at our wedding, you were all amazing. Whenever anyone has spoken about our special day they mention the choir and how great you all were. Your performance really set the tone to an amazing day
Leanne
A fantastic day and a huge surprise. Thanks again for the incredible renditions. The Rose has since become a new favourite. Currently reminiscing as we move from London to Bath for the next stage of our lives.
Florence and Matt
What a lovely blog – what can I say – words cannot describe the beautiful singing and the atmosphere of a little church in the Welsh hills – it was magic.
Elizabeth
Ally and I would like to say a huge thank you to the choir for singing at our wedding on Saturday. I think almost everybody had commented on how great the choir were, even the English contingent! Ally and I were really pleased and we think you gave a great touch to what could have been a long church service!
Michael and Alyson
Just wanted to say a HUGE thank you for your incredible performance at our wedding on November 5th, and we've had so many comments on how emotive and special the choir was, and I couldn't agree more. Thank you so much, Diolch yn fawr iawn. Emma Lewis-Kalubowila
Sam and Emma