A choral history of Britain is a four part Radio 4 series, commencing on Sept 20. The presenter is Roderick Williams, the baritone of international renown. We are proud to let you know that Roderick has family connections with a member of Denbigh and District Male Voice Choir. 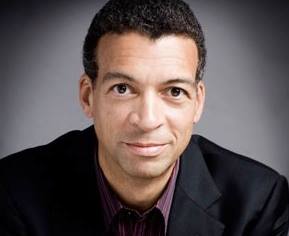 Roderick Williams, Presenter of A Choral History of Britain

In the first of four programmes, called ‘Singing for Solidarity’, Williams explores how singing together is at the heart of being human.

He says “when we sing together, our hearts beat together. We sing for love, for sorrow and for joy. We summon communities and change the world”.

And the popularity of choral singing is still positive. There is scientific evidence to suggest it is beneficial. Over 2 million people turn up every week for choir practice.

Gareth Malone also reinforced the advent of the ‘workplace choir’ with his successful television series. 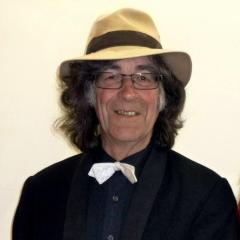 The in demand Roderick Williams is the nephew of our baritone Peter Davies. Rich voices clearly are a family trait. Roderick received the OBE for services to music in June 2017.

Some say they can’t sing. This notion is also put to the test. Graded vocal exercises prove that ‘If you can speak, you can sing.’

Not to mention the exhilaration of choral singing. One chorister states:
“You get swept along with it, you put your note down and get carried along, becoming one voice.”

The programme also features other examples of ‘singing for solidarity.’ From protest songs, football chants to national anthems.

Then Roderick Williams himself put the feeling of solidarity to the test. Throughout his career he has always performed as a solo artist. He wanted to experience the overwhelming power of choral singing.

He joined the Choir of the Royal Academy of Music at the Royal Festival Hall to take part in the last movement of Mahler’s Second symphony.

Furthermore, Williams describes this spectacular and exhilarating musical climax.
“Feeling the air vibrate around me, I was blown away by the experience.”

A Choral History of Britain Continues

Moreover, the next programme in A Choral History of Britain ‘Singing for Pleasure’ is on Radio 4,  Wednesday, September 27 at 9am.

Of course, you can listen again on the BBC iPlayer.

We’ve made it really easy for you to buy our music online. Choose from a real CD, or MP3 downloads. END_OF_DOCUMENT_TOKEN_TO_BE_REPLACED

We would like to thank you all for making Keeley and Huw's wedding so special, everybody commented on your outstanding performance.
Keeley
It’s our pleasure to thank you and the choir for making our day complete. So many of our guests commented that your performance was one of the highlights of the day. Many had never heard a Welsh male voice choir and were amazed.
Sheelagh
Thank you so much for being part of our special day you were all amazing and we couldn’t have asked for anything more.
Rebecca and David
What a lovely blog – what can I say – words cannot describe the beautiful singing and the atmosphere of a little church in the Welsh hills – it was magic.
Elizabeth
A fantastic day and a huge surprise. Thanks again for the incredible renditions. The Rose has since become a new favourite. Currently reminiscing as we move from London to Bath for the next stage of our lives.
Florence and Matt
Thank you so much for performing at our wedding! It was so lovely to hear the choir, everyone really enjoyed them and we got so many lovely comments afterwards!
Laura and Jonathan
AMAZING!!! Thank you for a spectacular performance. I couldn’t have wished for a better entrance from yourselves, you truly made it special.
Jess
Thank you so much for singing at our wedding, you were all amazing. Whenever anyone has spoken about our special day they mention the choir and how great you all were. Your performance really set the tone to an amazing day
Leanne
Please say a big thank you to all members of the choir for making a great day even better. Best wishes Colin and Libby Thackray
Kate and Alex
Thank you very much for performing in our wedding ceremony in July. You were fantastic and everyone thoroughly enjoyed it.
Jorge and Lowri
Ally and I would like to say a huge thank you to the choir for singing at our wedding on Saturday. I think almost everybody had commented on how great the choir were, even the English contingent! Ally and I were really pleased and we think you gave a great touch to what could have been a long church service!
Michael and Alyson
You were all fantastic! Goosebumps abound. We can’t describe the impact you had on our day.
Donna
We had the privilege of being invited to Dan and Lisa’s wedding. The presence of the choir was a pure joy to experience. Music, song and laughter .. Hiraeth ! The rendition of “Myfanwy” was very poignant to us as a family as you identified.. and was much appreciated. Diolch yn fawr iawn . ..Personally Sospan Fach was the song for me!! Ann Williams
Daniel and Lisa
Thank you to all for singing so beautifully at my Daughter Claire’s wedding to the Lovely John ! As I walked into the church I was filled with such emotion it was stunning !
Claire's Mum
We never imagined how overwhelming we would feel hearing the choir sing at our wedding and in such a beautiful church too. It truly was a very special and very memorable day thanks to the choir!
Samantha
Just wanted to say a HUGE thank you for your incredible performance at our wedding on November 5th, and we've had so many comments on how emotive and special the choir was, and I couldn't agree more. Thank you so much, Diolch yn fawr iawn. Emma Lewis-Kalubowila
Sam and Emma
Ourselves and our guests thought you were fantastic and reduced many to tears. The singing was so overwhelming. The feedback we received from our guests was very positive. You bring so much joy and pleasure to people's experiences.
Sara and Owain
The singing was really beautiful and very much appreciated by all of the guests young and old. Thank you very much, you made our special day even more special.
Rhian