The Choir Summer break is a time when choir members put their song sheets away.  As an alternative, surrounding oneself by the many Vienna music attractions is a joy to behold.

As a matter of fact, it’s impossible to avoid the Vienna music attractions.  Wherever you look, the presence of some of the greatest composers of all time still surrounds you.

In the municipal Stadtpark are statues of famous Viennese composers. Beethoven, Johann Strauss ll, Schubert, Bruckner and more, are all there.

Where’s Mozart I hear you ask? His magnificent statue is at the Palace Garden in Vienna. 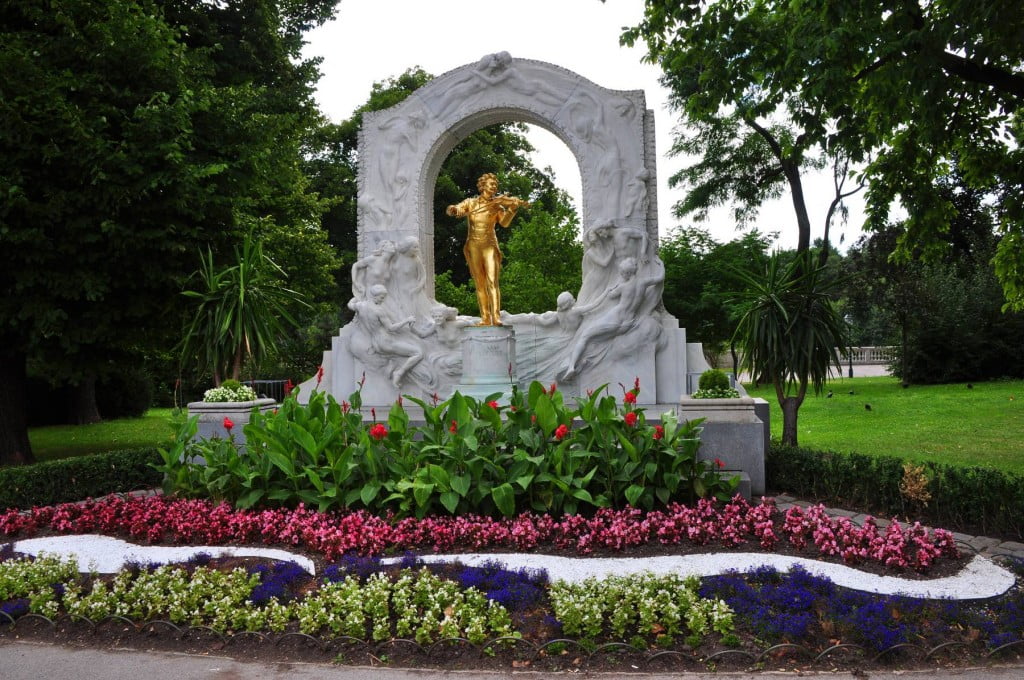 Strauss, dubbed ‘the waltz king,’ still has a profound influence on Vienna. I lost count of the number of times I heard versions of the ‘Blue Danube.’

Each time played by proficient street and park performers.

Not to mention every one trying to convince me to part with some of my euros. Preferably of the paper variety.

Furthermore, I also lost count of the number of wall plaques on almost every  street in Vienna. They show that Ludwig van Beethoven had once resided at that particular property. 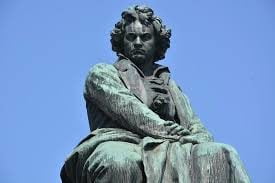 German born, Beethoven moved to Vienna in his early twenties. His  presence in Vienna is all-embracing.

He lived at more than 80 dwellings during the rest of his life there. It must have been a postman’s nightmare.

Moreover, a visit to the Vienna Opera House is a must. A Tour Guide informs us that it’s the only Opera House in the world to perform a different opera on each day of the week.

The logistics are difficult to comprehend. We saw a team of 125 energetic stage hands prepare the sets and lighting rigs for that day’s performance.

An hour later the stages were fully set for a rehearsal. Ready for the performance of Wagner’s Götterdämmerung at 4:00 pm. Quite staggering!

Also nearby are more Vienna music attractions.  The Musikverein is the home of the Vienna Philharmonic Orchestra.

At the entrance to the Prater amusement park is the iconic ferris wheel. It featured dramatically in the Orson Welles movie ‘The Third Man.’ 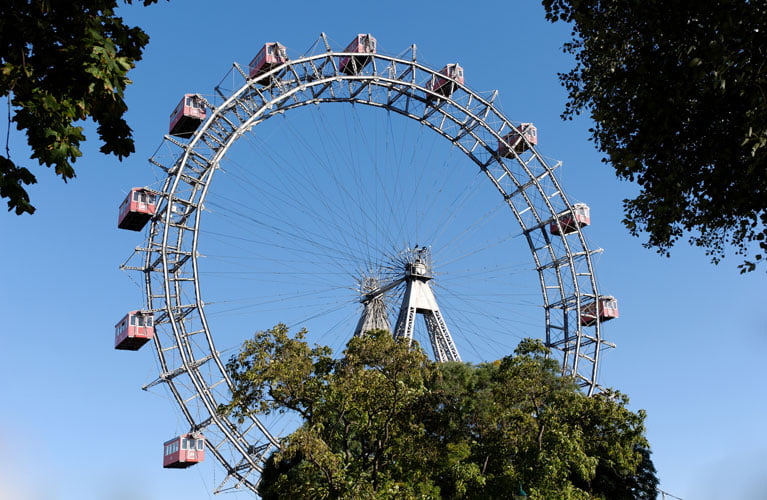 As a result, it’s hard to look at the ferris wheel without hearing the distinctive zither soundtrack to the film. Get yourself a comb and some tissue paper, and give it a go!

Written and performed by Anton Karas,  also known as ‘The Harry Lime Theme.’ the recording became a world-wide hit for the virtually unknown Karas.

In summary, I was overwhelmed by the sheer extent of the Vienna music attractions.

Now, a time for confession.  Every holiday has an ‘if only’ moment.

Furthermore, I had the opportunity to go and see the world famous Vienna Boys Choir.

A poster states that the choir would be singing at the Holy Mass in the Hofburg Chapel on Sunday at 8:00am.

What an opportunity. A chance of a lifetime, too good to miss.
If only I had set the alarm clock correctly!

This revised Blog was previously published 5 years ago. Ed.

We’ve made it really easy for you to buy our music online. Choose from a real CD, or MP3 downloads. END_OF_DOCUMENT_TOKEN_TO_BE_REPLACED

We had the privilege of being invited to Dan and Lisa’s wedding. The presence of the choir was a pure joy to experience. Music, song and laughter .. Hiraeth ! The rendition of “Myfanwy” was very poignant to us as a family as you identified.. and was much appreciated. Diolch yn fawr iawn . ..Personally Sospan Fach was the song for me!! Ann Williams
Daniel and Lisa
We never imagined how overwhelming we would feel hearing the choir sing at our wedding and in such a beautiful church too. It truly was a very special and very memorable day thanks to the choir!
Samantha
Thank you so much for being part of our special day you were all amazing and we couldn’t have asked for anything more.
Rebecca and David
A fantastic day and a huge surprise. Thanks again for the incredible renditions. The Rose has since become a new favourite. Currently reminiscing as we move from London to Bath for the next stage of our lives.
Florence and Matt
Ourselves and our guests thought you were fantastic and reduced many to tears. The singing was so overwhelming. The feedback we received from our guests was very positive. You bring so much joy and pleasure to people's experiences.
Sara and Owain
Thank you to all for singing so beautifully at my Daughter Claire’s wedding to the Lovely John ! As I walked into the church I was filled with such emotion it was stunning !
Claire's Mum
Thank you very much for performing in our wedding ceremony in July. You were fantastic and everyone thoroughly enjoyed it.
Jorge and Lowri
AMAZING!!! Thank you for a spectacular performance. I couldn’t have wished for a better entrance from yourselves, you truly made it special.
Jess
We would like to thank you all for making Keeley and Huw's wedding so special, everybody commented on your outstanding performance.
Keeley
Just wanted to say a HUGE thank you for your incredible performance at our wedding on November 5th, and we've had so many comments on how emotive and special the choir was, and I couldn't agree more. Thank you so much, Diolch yn fawr iawn. Emma Lewis-Kalubowila
Sam and Emma
Thank you so much for singing at our wedding, you were all amazing. Whenever anyone has spoken about our special day they mention the choir and how great you all were. Your performance really set the tone to an amazing day
Leanne
Thank you so much for performing at our wedding! It was so lovely to hear the choir, everyone really enjoyed them and we got so many lovely comments afterwards!
Laura and Jonathan
It’s our pleasure to thank you and the choir for making our day complete. So many of our guests commented that your performance was one of the highlights of the day. Many had never heard a Welsh male voice choir and were amazed.
Sheelagh
The singing was really beautiful and very much appreciated by all of the guests young and old. Thank you very much, you made our special day even more special.
Rhian
What a lovely blog – what can I say – words cannot describe the beautiful singing and the atmosphere of a little church in the Welsh hills – it was magic.
Elizabeth
You were all fantastic! Goosebumps abound. We can’t describe the impact you had on our day.
Donna
Ally and I would like to say a huge thank you to the choir for singing at our wedding on Saturday. I think almost everybody had commented on how great the choir were, even the English contingent! Ally and I were really pleased and we think you gave a great touch to what could have been a long church service!
Michael and Alyson
Please say a big thank you to all members of the choir for making a great day even better. Best wishes Colin and Libby Thackray
Kate and Alex