Travel broadens the mind. It’s time to get the Summer travel brochures out. Decide on a location, and pack the suitcase. The music catalogue is full of references to travel songs.

Travel Songs on the Road

While Willie Nelson was ‘On the Road Again,’ Roger Miller claimed he was the ‘King of the Road.’ Spare a thought, though, for Chuck Berry who had ‘No Particular Place to Go.’

On a journey from Pennsylvania to Los Angeles Bobby Troup composed ‘Route 66’ in 1946. The song is all about the famous highway and the cities it passes through along the way.

In fact, it describes the freedom and exhilaration of travelling. A theme also taken up by Bruce Springsteen in his anthemic ‘Born To Run’. Also by Steppenwolf with their classic ‘Born To Be Wild’.

Additionally, one song that regularly features in our concerts and weddings is ‘The Rose.’ Composed by Amanda McBroom who, while driving down a freeway, listened to a song played on her car radio.

It posed the interminable question. What is love?  Words and phrases in the song raced into her mind. She drove home, sat at her piano.

Recorded by Bette Midler, ‘The Rose’ then became the title song of the film of the same name. It changed McBroom’s life for ever.

Not to mention the Burt Bacharach and Hal David composition ‘Trains and Boats and Planes.’ It cleverly captures all modes of transport.  It caused painful separation or joyous connections.

John Denver was definitely ‘Leaving on a Jet Plane.’ Gene Pitney was ‘24 Hours from Tulsa.’ If only he could have caught that same jet plane. 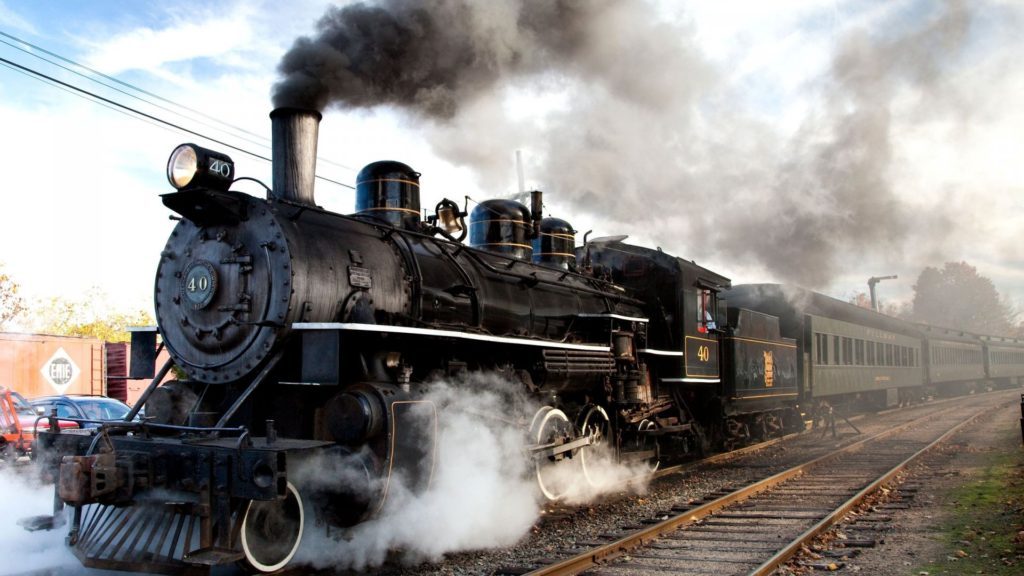 Comparatively, trains and train journeys are  immortalised many hundreds of times in songs.

Such classics as ‘Freight Train’ by Nancy Whiskey and The Chas McDevitt Skiffle Group.  ‘Last Train to San Fernando’ by Johnny Duncan and the Bluegrass Boys.

Those songs do take us back a bit!

Likewise, somewhere along the line, pun intended, Paul Simon composed ‘Homeward Bound.’   The night he became stranded at Widnes railway station, in the north of England. 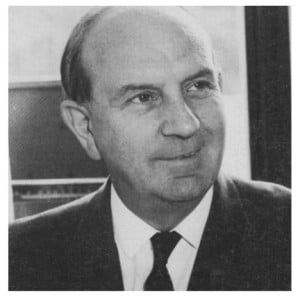 Moreover, a railway station features  in the composition of one of Wales’s greatest hymns.

Furthermore, at Shrewsbury Station in 1938 he composed ‘Tydi a Roddaist‘ (Thou Gavest) in about twenty minutes.

Moreover, ‘Tydi a Roddaist’ is rated  by many as Arwel Hughes’s most famous song. It is performed and recorded by hundreds of artistes and choirs the world over.

Since 2004 a plaque appears on Shrewsbury Station and it reads as follows: 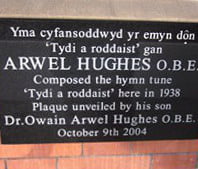 In summary, when packing your belongings for your next journey, make sure you take that notebook and pen.

Travel songs may come from any source of inspiration.

Now, where did I put that Bus Pass?

We’ve made it really easy for you to buy our music online. Choose from a real CD, or MP3 downloads. END_OF_DOCUMENT_TOKEN_TO_BE_REPLACED

A fantastic day and a huge surprise. Thanks again for the incredible renditions. The Rose has since become a new favourite. Currently reminiscing as we move from London to Bath for the next stage of our lives.
Florence and Matt
Ourselves and our guests thought you were fantastic and reduced many to tears. The singing was so overwhelming. The feedback we received from our guests was very positive. You bring so much joy and pleasure to people's experiences.
Sara and Owain
Thank you so much for performing at our wedding! It was so lovely to hear the choir, everyone really enjoyed them and we got so many lovely comments afterwards!
Laura and Jonathan
Ally and I would like to say a huge thank you to the choir for singing at our wedding on Saturday. I think almost everybody had commented on how great the choir were, even the English contingent! Ally and I were really pleased and we think you gave a great touch to what could have been a long church service!
Michael and Alyson
Thank you so much for singing at our wedding, you were all amazing. Whenever anyone has spoken about our special day they mention the choir and how great you all were. Your performance really set the tone to an amazing day
Leanne
Just wanted to say a HUGE thank you for your incredible performance at our wedding on November 5th, and we've had so many comments on how emotive and special the choir was, and I couldn't agree more. Thank you so much, Diolch yn fawr iawn. Emma Lewis-Kalubowila
Sam and Emma
AMAZING!!! Thank you for a spectacular performance. I couldn’t have wished for a better entrance from yourselves, you truly made it special.
Jess
You were all fantastic! Goosebumps abound. We can’t describe the impact you had on our day.
Donna
It’s our pleasure to thank you and the choir for making our day complete. So many of our guests commented that your performance was one of the highlights of the day. Many had never heard a Welsh male voice choir and were amazed.
Sheelagh
Thank you to all for singing so beautifully at my Daughter Claire’s wedding to the Lovely John ! As I walked into the church I was filled with such emotion it was stunning !
Claire's Mum
What a lovely blog – what can I say – words cannot describe the beautiful singing and the atmosphere of a little church in the Welsh hills – it was magic.
Elizabeth
Thank you very much for performing in our wedding ceremony in July. You were fantastic and everyone thoroughly enjoyed it.
Jorge and Lowri
The singing was really beautiful and very much appreciated by all of the guests young and old. Thank you very much, you made our special day even more special.
Rhian
We would like to thank you all for making Keeley and Huw's wedding so special, everybody commented on your outstanding performance.
Keeley
We never imagined how overwhelming we would feel hearing the choir sing at our wedding and in such a beautiful church too. It truly was a very special and very memorable day thanks to the choir!
Samantha
We had the privilege of being invited to Dan and Lisa’s wedding. The presence of the choir was a pure joy to experience. Music, song and laughter .. Hiraeth ! The rendition of “Myfanwy” was very poignant to us as a family as you identified.. and was much appreciated. Diolch yn fawr iawn . ..Personally Sospan Fach was the song for me!! Ann Williams
Daniel and Lisa
Please say a big thank you to all members of the choir for making a great day even better. Best wishes Colin and Libby Thackray
Kate and Alex
Thank you so much for being part of our special day you were all amazing and we couldn’t have asked for anything more.
Rebecca and David