It’s always interesting to ask a choir member to name their top ten favourite singers or actors. It is inevitable that the list varies from person to person. Yet choosing his favourite choir song is easy for choir member Gareth Jones. 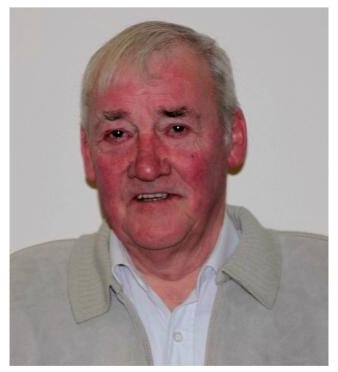 Gareth comes from a small hamlet called Graig-Adwy-Wynt. That gives you just about all the evidence you need.

The song is a  Colin Jones arrangement, and is full of fervour and passion. It describes Wales’s aspirations for a true freedom. Currently it’s the concert opener for the choir.

In most choirs there’s a wealth of musical talent and experience.  Denbigh & District Male Voice Choir is no exception. Gareth was an original member of ‘Meibion Twm o’r Nant,’ the Denbigh based Cerdd Dant Party for 22 years.

The party started by the formidable and talented Leah Owen. She remained the musical conductor for a decade.

Cerdd Dant is a Welsh musical tradition. It involves singing a counter melody over a given melody, usually played on the harp.

Ryan Davies states that voice and harp should be “finishing roughly at the same time.”

Meibion Twm o’r Nant successfully competed in Eisteddfodau and the Gŵyl Cerdd Dant on many occasions.

Another member of Meibion Twm o’r Nant, Gwyn Williams, has recently joined the choir.  They sang together as ‘Gareth and Gwyn’ for  26 years. They were successful at many Eisteddfodau. 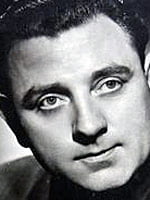 Gareth has no hesitation in naming tenor David Lloyd as his favourite singer.

Lloyd achieved phenomenal success in various Eisteddfodau. As a tenor soloist he failed to achieve first prize on only three occasions out of two hundred. That is so unbelievable that it’s worth reading again!

He was a renowned opera star by the time he was in his twenties. He gained all his success despite the loss of both parents when Lloyd was only a teenager.

Some observers, for this reason, describe David Lloyd as ‘the singer with a tear in his voice.’

Gareth Jones and the Choir

Gareth has been a choir member for eight years. Besides the singing, he enjoys the camaraderie. Not to mention the interval cups of tea over a friendly chat on choir practice nights.

The concert environment is always a joy to the experienced Gareth. He particularly enjoys singing at St John’s Church, Llandudno. The reasons are because of ‘the brilliant acoustics and the appreciative audiences.’

The highlights of his time as a choir member have to be the 2013 trip to Biebertal, Germany.  The 25th Anniversary Choir Concert at St Asaph Cathedral in 2013 is also a major highlight. 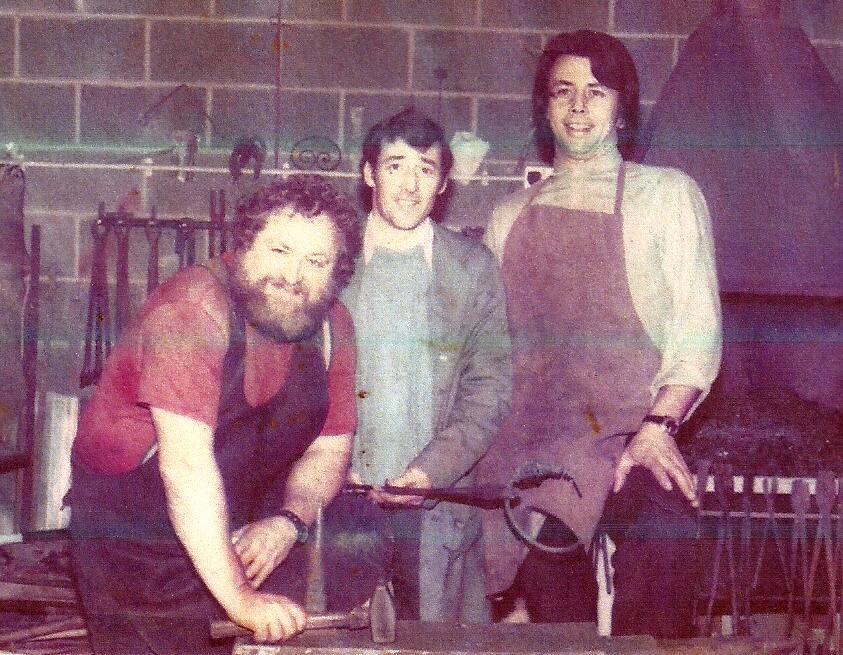 By trade Gareth is a blacksmith, specialising in wrought iron work. He runs his family business, ‘Celtic Dreams’, in Denbigh.

One of his designs is a handcrafted wrought iron bed. It’s a ‘combination of romantic charm and strength and will last for generations.’

Some may say it just so happens to be the perfect description of the Denbigh & District Male Voice Choir.

We’ve made it really easy for you to buy our music online. Choose from a real CD, or MP3 downloads. END_OF_DOCUMENT_TOKEN_TO_BE_REPLACED

A fantastic day and a huge surprise. Thanks again for the incredible renditions. The Rose has since become a new favourite. Currently reminiscing as we move from London to Bath for the next stage of our lives.
Florence and Matt
It’s our pleasure to thank you and the choir for making our day complete. So many of our guests commented that your performance was one of the highlights of the day. Many had never heard a Welsh male voice choir and were amazed.
Sheelagh
We would like to thank you all for making Keeley and Huw's wedding so special, everybody commented on your outstanding performance.
Keeley
Ourselves and our guests thought you were fantastic and reduced many to tears. The singing was so overwhelming. The feedback we received from our guests was very positive. You bring so much joy and pleasure to people's experiences.
Sara and Owain
The singing was really beautiful and very much appreciated by all of the guests young and old. Thank you very much, you made our special day even more special.
Rhian
Thank you so much for singing at our wedding, you were all amazing. Whenever anyone has spoken about our special day they mention the choir and how great you all were. Your performance really set the tone to an amazing day
Leanne
Please say a big thank you to all members of the choir for making a great day even better. Best wishes Colin and Libby Thackray
Kate and Alex
Ally and I would like to say a huge thank you to the choir for singing at our wedding on Saturday. I think almost everybody had commented on how great the choir were, even the English contingent! Ally and I were really pleased and we think you gave a great touch to what could have been a long church service!
Michael and Alyson
Thank you so much for performing at our wedding! It was so lovely to hear the choir, everyone really enjoyed them and we got so many lovely comments afterwards!
Laura and Jonathan
AMAZING!!! Thank you for a spectacular performance. I couldn’t have wished for a better entrance from yourselves, you truly made it special.
Jess
What a lovely blog – what can I say – words cannot describe the beautiful singing and the atmosphere of a little church in the Welsh hills – it was magic.
Elizabeth
Thank you very much for performing in our wedding ceremony in July. You were fantastic and everyone thoroughly enjoyed it.
Jorge and Lowri
We had the privilege of being invited to Dan and Lisa’s wedding. The presence of the choir was a pure joy to experience. Music, song and laughter .. Hiraeth ! The rendition of “Myfanwy” was very poignant to us as a family as you identified.. and was much appreciated. Diolch yn fawr iawn . ..Personally Sospan Fach was the song for me!! Ann Williams
Daniel and Lisa
We never imagined how overwhelming we would feel hearing the choir sing at our wedding and in such a beautiful church too. It truly was a very special and very memorable day thanks to the choir!
Samantha
Just wanted to say a HUGE thank you for your incredible performance at our wedding on November 5th, and we've had so many comments on how emotive and special the choir was, and I couldn't agree more. Thank you so much, Diolch yn fawr iawn. Emma Lewis-Kalubowila
Sam and Emma
You were all fantastic! Goosebumps abound. We can’t describe the impact you had on our day.
Donna
Thank you so much for being part of our special day you were all amazing and we couldn’t have asked for anything more.
Rebecca and David
Thank you to all for singing so beautifully at my Daughter Claire’s wedding to the Lovely John ! As I walked into the church I was filled with such emotion it was stunning !
Claire's Mum