Nia Roberts, a well known teacher in Denbigh, is set to travel to Gambia during the summer to carry out volunteering work at Wullinkamma Clinic & Lower School. In so doing, she will be fulfilling a long held ambition. 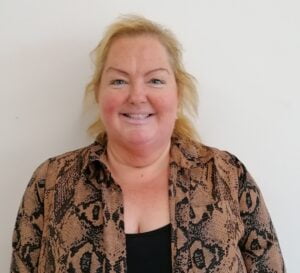 When confronted with the plight of unfortunate nations, it’s much easier to look the other way.

But Nia feels a compelling need to help motherless children in the Gambia where post natal mortality is extremely high.

She is taking a substantial amount of supplies out to them. Including Formula Milk, milk bottles, nappies and clothes,  generously donated to her project.

However, the hike in fuel costs over the last few months has doubled the cost of shipping the donated items out to the Gambia.

This left a shortfall which Nia is now desperately trying to overcome.

Not only a music teacher, Nia is also the very talented Musical Director of Llanddulas Male Voice Choir where she is both  conductor and accompanist. 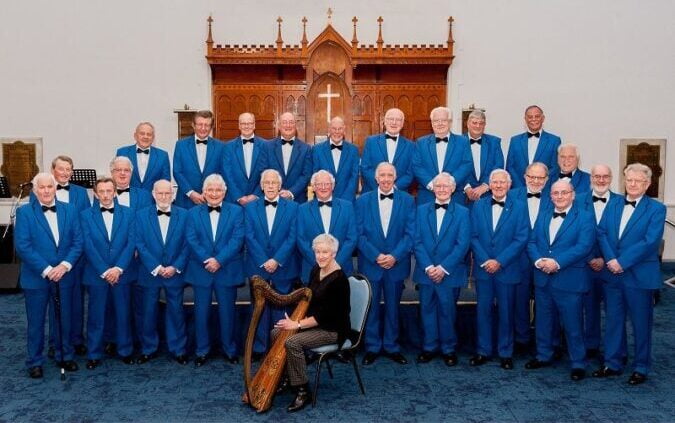 Formed in 1954, Llanddulas Male Voice Choir has endeared itself to many audiences throughout the world.  Gaining and maintaining a reputation for a varied repertoire of music.

However, Nia is not the only member of the family to be so musically talented.

As the COVID pandemic started to ease, Denbigh & District Male Voice Choir  looked towards starting to practice together again.  Two years had almost passed without any practices taking place.

As preparations started to move forward the choir suffered a set back in losing both their Musical Director and Accompanist. It was going to be a long search.

However, a suitable candidate was appointed to the post of Musical Director.  This happened to be none other than Nia’s son, Sam Pritchard. It is a small world at times. 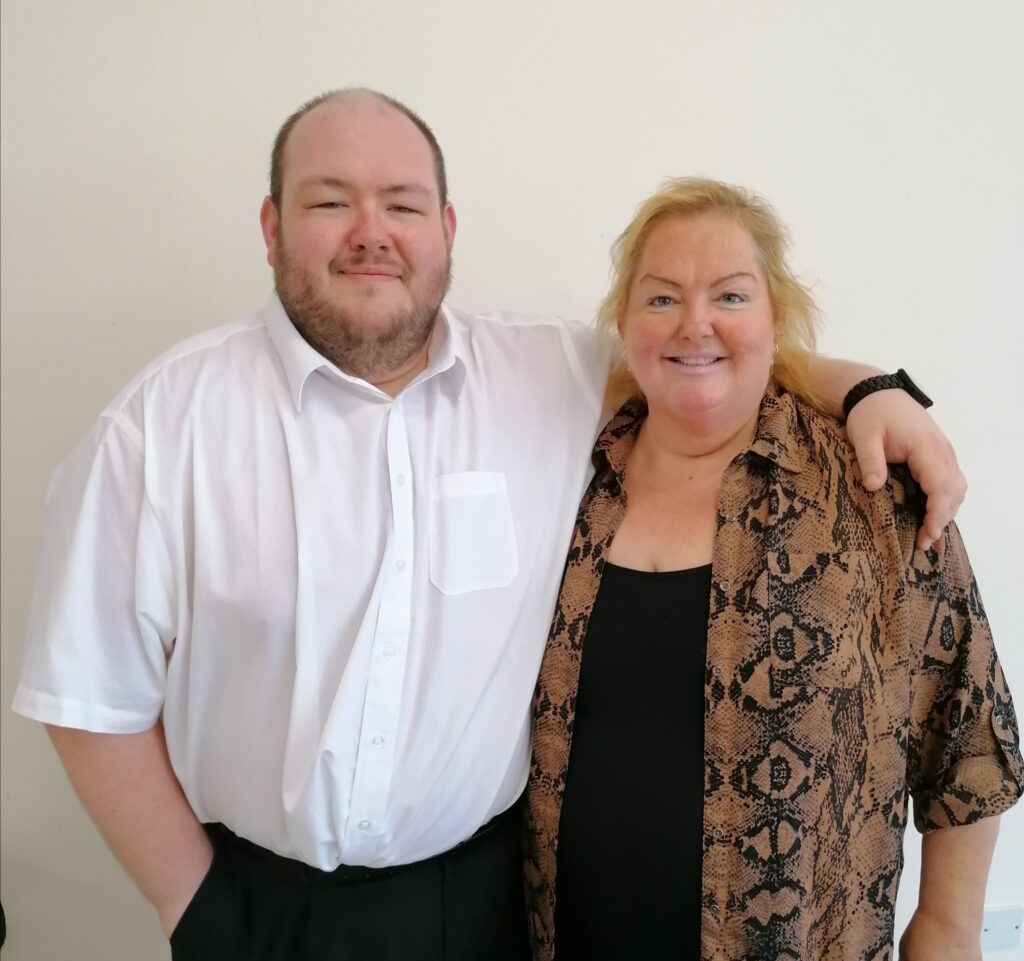 Sam duly attended a meeting to introduce himself.  The choir committee suitably impressed. He was unanimously and immediately appointed to the dual role of Musical Director and Accompanist.  A seismic change for the choir, having always had a separate Conductor and Accompanist.

While discussing how to raise funds to cover the shipping cost shortfall, Nia and Sam came up with the idea of their two choirs performing a joint concert.  The choirs duly agreed. Of course, Llanddulas and  Denbigh & District Male Voice Choirs have a previous connection.

Two of our former choristers, Gwynfor Evans and the late Alyn Lloyd, sang with Llanddulas for many years before joining us.  They went on to become longstanding and very respected choristers with us. 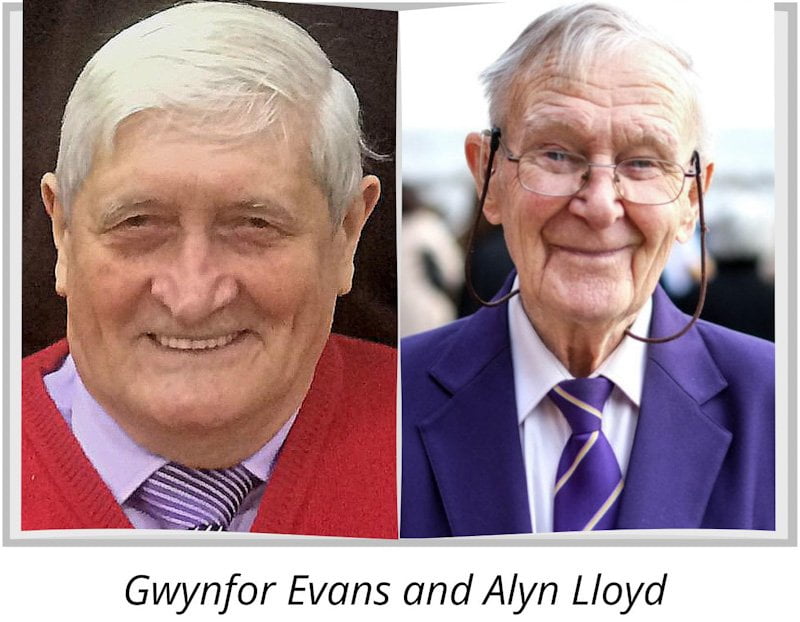 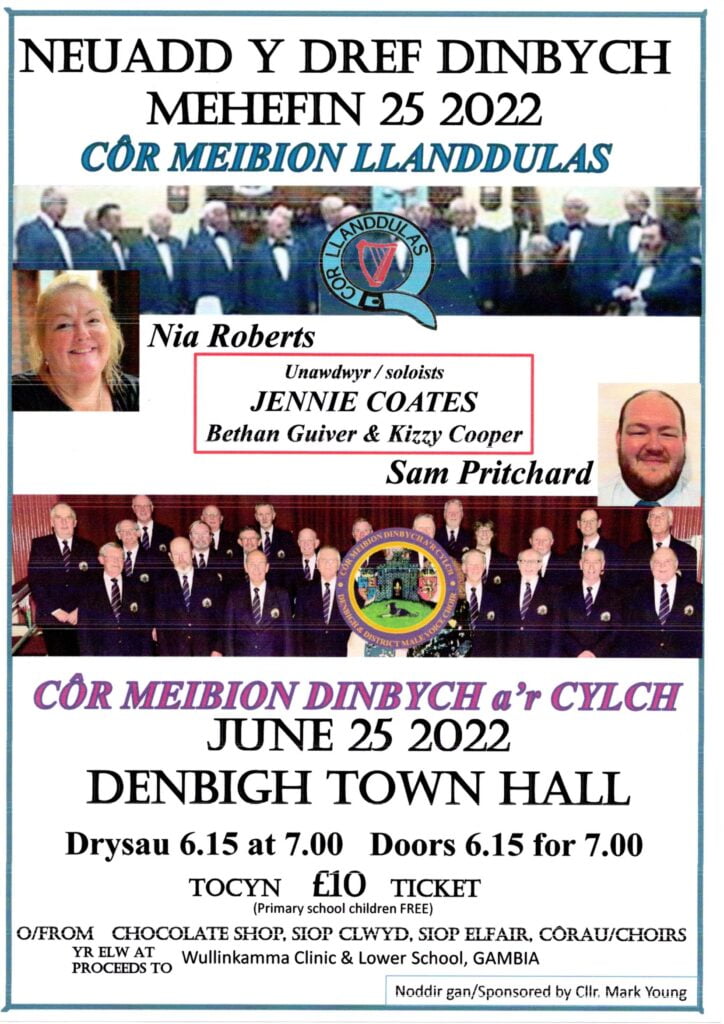 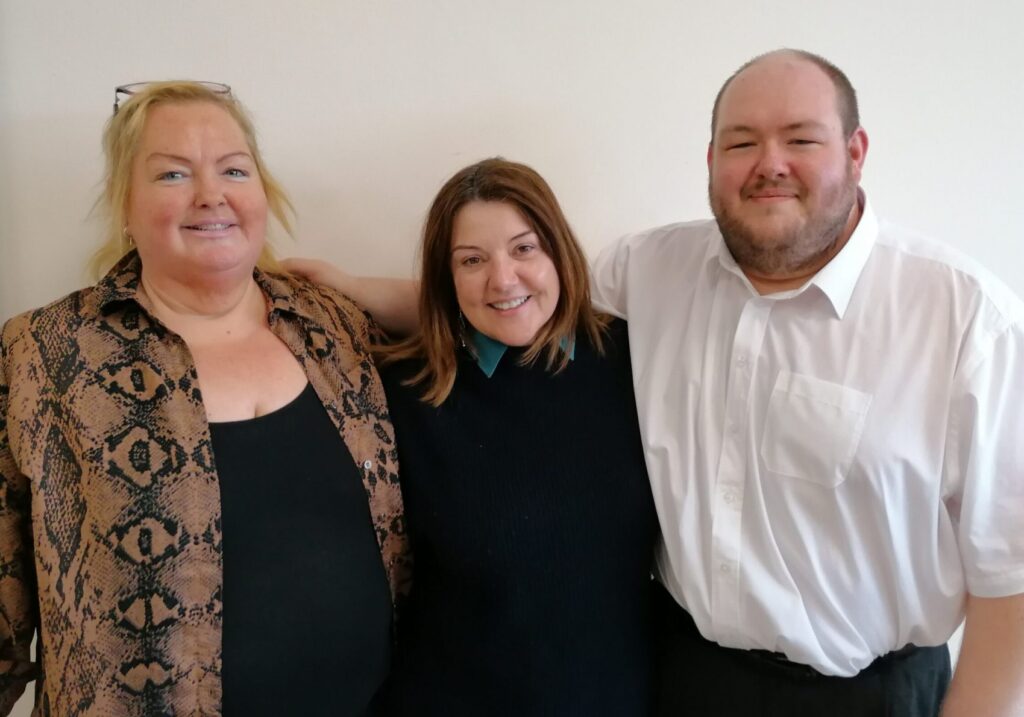 Preparations for the concert are well under way.

Carole Green, one of ITV Cymru Wales’ most experienced and respected correspondents, was in attendance.

Her report will be shown on television before the concert. 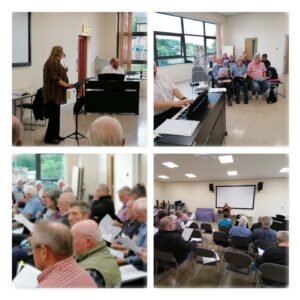 Soloists Jennie Coates, Bethan Guiver and Kizzy Cooper will also be performing at the concert, ensuring a variety of good musical entertainment.

Tickets are £10 each and are on sale at Denbigh Chocolate Shop, Denbigh;  Siop Clwyd Denbigh; Siop Elfair, Ruthin, or from any member of the two choirs.

We very much hope you will feel able to support this ‘family affair charity concert’ and a worthy cause.  In so doing you will help Nia provide very much needed supplies to Wullinkamma Clinic & Lower School.

In conclusion, we really look forward to welcoming and entertaining you with a mixture of traditional and contemporary music on 25th June 2022.

You can see all our upcoming concerts here Upcoming Concerts

We’ve made it really easy for you to buy our music online. Choose from a real CD, or MP3 downloads. END_OF_DOCUMENT_TOKEN_TO_BE_REPLACED

Just wanted to say a HUGE thank you for your incredible performance at our wedding on November 5th, and we've had so many comments on how emotive and special the choir was, and I couldn't agree more. Thank you so much, Diolch yn fawr iawn. Emma Lewis-Kalubowila
Sam and Emma
Thank you so much for singing at our wedding, you were all amazing. Whenever anyone has spoken about our special day they mention the choir and how great you all were. Your performance really set the tone to an amazing day
Leanne
What a lovely blog – what can I say – words cannot describe the beautiful singing and the atmosphere of a little church in the Welsh hills – it was magic.
Elizabeth
We had the privilege of being invited to Dan and Lisa’s wedding. The presence of the choir was a pure joy to experience. Music, song and laughter .. Hiraeth ! The rendition of “Myfanwy” was very poignant to us as a family as you identified.. and was much appreciated. Diolch yn fawr iawn . ..Personally Sospan Fach was the song for me!! Ann Williams
Daniel and Lisa
It’s our pleasure to thank you and the choir for making our day complete. So many of our guests commented that your performance was one of the highlights of the day. Many had never heard a Welsh male voice choir and were amazed.
Sheelagh
You were all fantastic! Goosebumps abound. We can’t describe the impact you had on our day.
Donna
We never imagined how overwhelming we would feel hearing the choir sing at our wedding and in such a beautiful church too. It truly was a very special and very memorable day thanks to the choir!
Samantha
We would like to thank you all for making Keeley and Huw's wedding so special, everybody commented on your outstanding performance.
Keeley
AMAZING!!! Thank you for a spectacular performance. I couldn’t have wished for a better entrance from yourselves, you truly made it special.
Jess
Ourselves and our guests thought you were fantastic and reduced many to tears. The singing was so overwhelming. The feedback we received from our guests was very positive. You bring so much joy and pleasure to people's experiences.
Sara and Owain
Please say a big thank you to all members of the choir for making a great day even better. Best wishes Colin and Libby Thackray
Kate and Alex
Thank you so much for performing at our wedding! It was so lovely to hear the choir, everyone really enjoyed them and we got so many lovely comments afterwards!
Laura and Jonathan
Thank you so much for being part of our special day you were all amazing and we couldn’t have asked for anything more.
Rebecca and David
A fantastic day and a huge surprise. Thanks again for the incredible renditions. The Rose has since become a new favourite. Currently reminiscing as we move from London to Bath for the next stage of our lives.
Florence and Matt
Thank you very much for performing in our wedding ceremony in July. You were fantastic and everyone thoroughly enjoyed it.
Jorge and Lowri
The singing was really beautiful and very much appreciated by all of the guests young and old. Thank you very much, you made our special day even more special.
Rhian
Thank you to all for singing so beautifully at my Daughter Claire’s wedding to the Lovely John ! As I walked into the church I was filled with such emotion it was stunning !
Claire's Mum
Ally and I would like to say a huge thank you to the choir for singing at our wedding on Saturday. I think almost everybody had commented on how great the choir were, even the English contingent! Ally and I were really pleased and we think you gave a great touch to what could have been a long church service!
Michael and Alyson